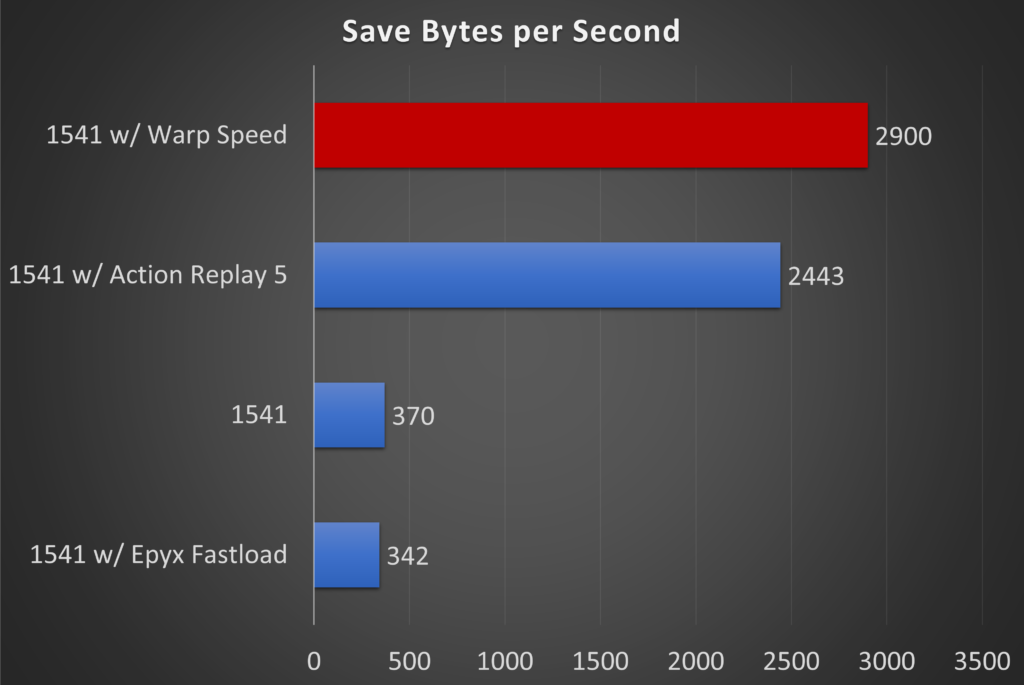 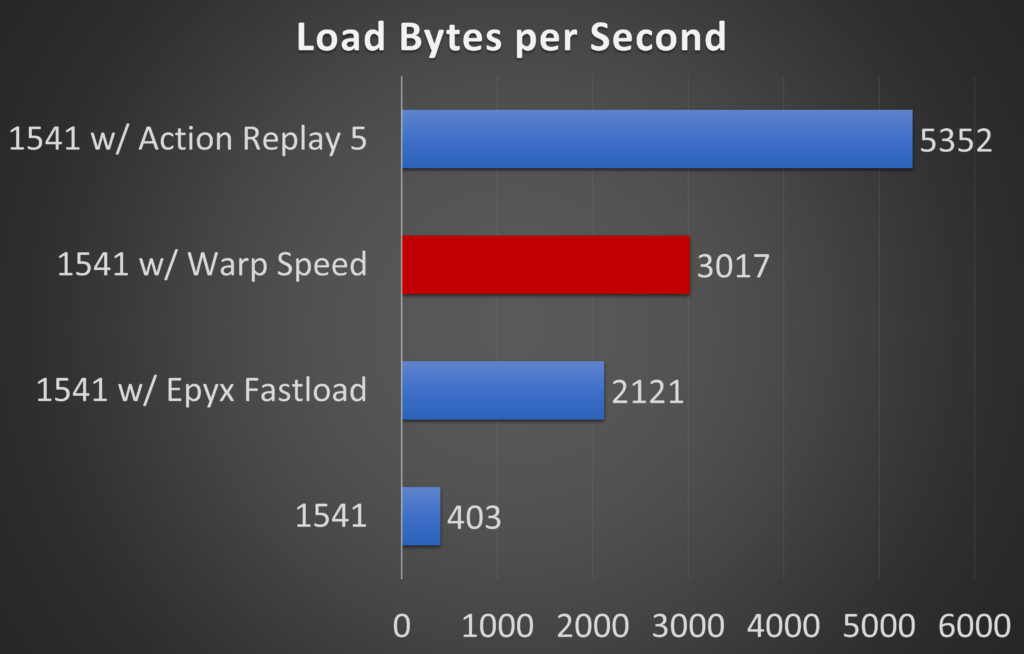 You can see where the Warp Speed cart fits in with other speed loaders here.

Please excuse the slight hiss in the audio during the demonstration. I’m using a super-cheap USB adapter for a pretty good mic. I’ll not make that mistake again.

The Warp Speed was designed by Alien Technology group, also responsible for the V-MAX! copy protection system, which you have probably seen if you loaded original copies of games from companies like Cinemaware, Activision, Origin, etc. 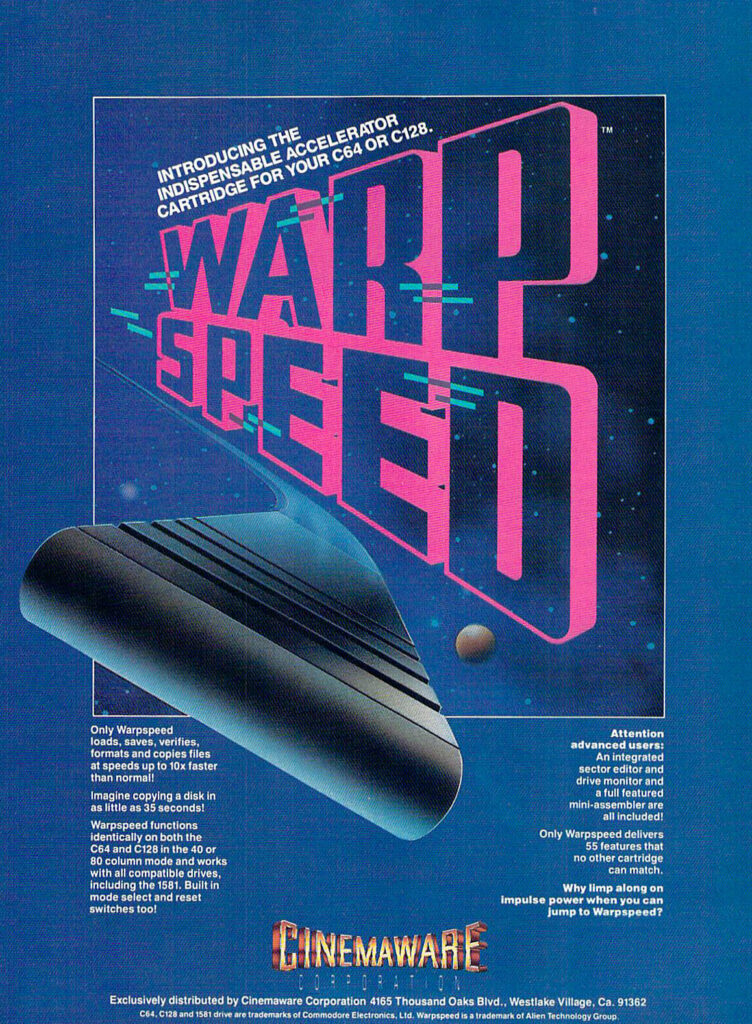 The advertisement above uses “Warpspeed” while the manual and pretty much everything else says “Warp Speed.” It claims “up to 10x faster.” My testing shows it is 8x faster on save and load. I am not sure how they count “55 features” but I am sure if you included the monitor commands you could get there. 🙂